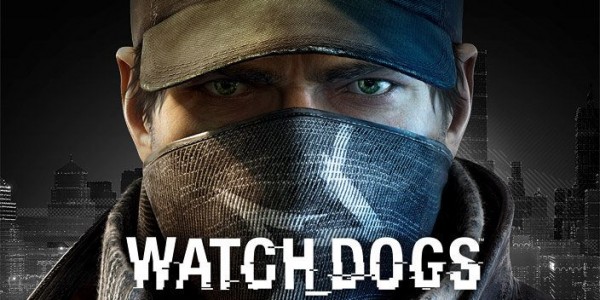 It was at E3 2012 that my eyes finally came upon the Watch Dogs gameplay footage. I wasn’t at E3, but comfortably sitting at my laptop at home. Either way, I was transfixed on the gameplay and instantly sold on what was shown. My mind couldn’t fathom the footage I had just witnessed, nor could I believe that Watch Dogs was running on (at that point) current generation consoles. PC yes, consoles no.

Remember at that point, PS4 and Xbox One were not even on the radar.

As the next E3 (2013) came around, Watch Dogs was shown again and by this point, the PS4 and Xbox One had been announced. The game was going to be a launch title alongside the PS4 and I was sold. No need to wait, my preorder was ready to go and I was sold. All was set for me to just spend weeks in a virtual Chicago hacking the city to my whim…and then Ubisoft delayed the game. Only weeks before release Watch Dogs was delayed and I was heartbroken.

Yes, I can use that term, I’m allowed.

After the PS4 released in November 2013 up until May 2014, word began to leak online that Watch Dogs had some major issues. It turns out there was a serious reason the game was delayed six months. It was simply too ambitious. Ubisoft couldn’t deliver the game that was shown in 2012 and from all shown footage, the graphics had taken a serious dive in quality.

It was sad. People felt hurt and lied too and understandably so. I mean wouldn’t you in the same situation? I made a promise with myself though, I wouldn’t judge the game until I had it in my hands and played it out. I wouldn’t be like those online.

So come the day of release, I made my trip down to my local JB store and snapped up my copy of Watch Dogs…

I know what you’re thinking. Where is the review I wanted? It’s coming, trust me. I just thought you deserved the backstory leading up to the review. You see I’m a reviewer with zero formal experience and I tend to write reviews I want to read. So I thought you’d need the backstory of Watch Dogs. Now you can enjoy the review…

Review: Set in the fictionalised Chicago City and surrounding suburbs, you play as Aiden Pearce; computer hacker and all round arse kicker. Its up to you to unravel the conspiracy and bring those involved to justice. The best part though, are all the characters you’ll meet along the way. Being a hacker, Aiden comes across some shady characters all with their own motives and agendas. However its these people that tie into the story and will of course help you on your journey.

That’s one of the main things Watch Dogs does very right; the characters and story. At first its very much a revenge story, but given some time it proves to be a very big conspiracy. I’ve heard some people say the final act is a let down mostly in its resolve, but that was never the case for me. I was engaged all the way through. The final act itself had me on edge all the time. As a matter of fact, it was here that I must admit had my man tears starting up.

Still if it wasn’t for the fun and interesting characters, there wouldn’t be any reason to want to play. And thankfully for that, the gameplay helps a lot too. You see, Watch Dogs fires on all points. Gameplay is very solid. Being an open world action adventure stealth game (boy, thats a mouth full), Ubisoft had to be sure to really nail all the elements they included. The official word for the six month delay was perfecting all the game mechanics, and if that really was the case, I’m very glad. Everything blends together and nothing feels out of place.

Sometimes in an open world game with so many different styles of gameplay, it can be tough to get everything to gel together, and I’m just so happy that in Watch Dogs it all works. Gunplay is especially fun and holds up with many other third-person cover shooters. The guns feel good and handle as you would expect. The cover system is really well designed, but can be a little sticky at times. Even to the point of getting me killed…a few times.

Despite all that, it wouldn’t be anything without stealth which Watch Dogs pushes just as much as going in guns blazing. Coming from the same people behind Assassin’s Creed, I’m not surprised a few of those features have been implemented here when it comes to stealth mission, and I won’t lie, it can be a little jarring. Unlocking towers in this game works exactly the same as synchronising view points in Assassin’s Creed. Once you’ve done this, missions and points of interest unlock, just like the other game series. I understand its a fun way of unlocking areas in games, but come on Ubisoft, that formula is a little stale now…after five plus years.

Adding to all this gameplay are the hacking abilities Aiden Pearce has. The city of Chicago is all connected thanks to a ctOS (centralised operating system). By hacking ctOS towers within the game, Aiden gains access to that area and all the systems its connected too. Say you wanna quickly jump on an elevated train to escape pursuing police, well simply hack the train forcing it to a grinding stop, then jump on and start it up again.

Or if you find yourself surrounded by hired security trying to kill you at night, shut down the entire area by hacking the grid. Plunge the whole city into darkness and (hopefully) escape into the shadows before the system reboots. Things like this really make you tackle missions how you want too. Hell, you can even mix different styles of gameplay up a bit and really have some fun.

My other problem is just that. Some people in the game have been through many bad things. One guy lost his daughter in cancer…yet his account was hackable…so I hacked it. Yeah I guess I could’ve just continued walking past, but free money and all. I just wish Ubisoft had thought about implementing a system like Robin Hood. Rich and poor type of reward. I would’ve loved to have given that guy a few extra thousand dollars to help him out, or even the woman who supports her kids and lost her job…maybe in the sequel.

It just seems strange that in a game like GTA V I could beat down a robber and return the stolen cash to the person, yet in this game I couldn’t. Feels strange.

Driving in Watch Dogs is a large part and sadly something that needs to be worked on. The car handling is different for each vehicle type, however everything feels very sticky at first. GTA V has an arcady approach to the vehicle handling, but here its all too grounded. Literally. Boats are another story and almost glide across the ocean…weird.

Police do provide a huge struggle in the game. Like old school GTA III, police cars will come at you from all angles smashing into your vehicle with reckless abandon. At first its funny and I was laughing at how crazy things got, but in the later stages of the game when the story was full on, I was becoming extremely frustrated by their bee hive mind.

Another negative to Watch Dogs, the in game radio. Some terrible songs and a really boring selection on offer. Thankfully the musical score more than makes up for it. Kicking in at all the right places in the story and fits the mood at the time. I’m very happy to say I actually own the music score and just love it.

Final Thoughts: Watch Dogs is a really fun and enjoyable game. At first I was let down by what was promised (graphics) and what was given, but as you can tell from the included pictures here (taken from my PS4 gameplay), you can tell its a very gorgeous game. Best of all, Watch Dogs plays really well with fun hacking abilities. Something no open world game should be without. I’m very happy with this game and absolutely love it. Has a few issues which I’m sure will be resolved in future instalments.

Rating: 3.5 out of 5. A solid first instalment in what will easily become a killer franchise in no time.

You can also find my other review of Watch Dogs by clicking the link. Although its a similar review, I mention a few things there which I didn’t mention in this review.